The equipment of Legio XV Apollinaris is, as far as possible, based on actual archaeological findings. An exception is made for the arms and shields, which are covered in padded material, as commonly demanded by LRP regulations. Where the archaeological evidence are scarce, some equipment has been constructed according to our own practical experiences. Also, being a voluntary student organisation with no stately founding whatsoever, economy has somewhat limited the correctness achievable.

The equipment of the legion can be divided into three categories. These are personal equipment, standard legion issue equipment and special troops' equipment.

Personal equipment is provided on a private basis by the members themselves. Although Legio XV provides some specifications, a certain degree of individuality, which we also believe to be historically correct, is tolerated. The personal equipment is:

The standard issue equipment is the heart of the legion. We have tried to utilise the benefits of mass production without sacrificing the archaeological correctness. All this equipment is made in plenum, concentrating on one kind of production at a time. The largest benefit of this method of production is the possibility of purchasing raw materials in large quantities. 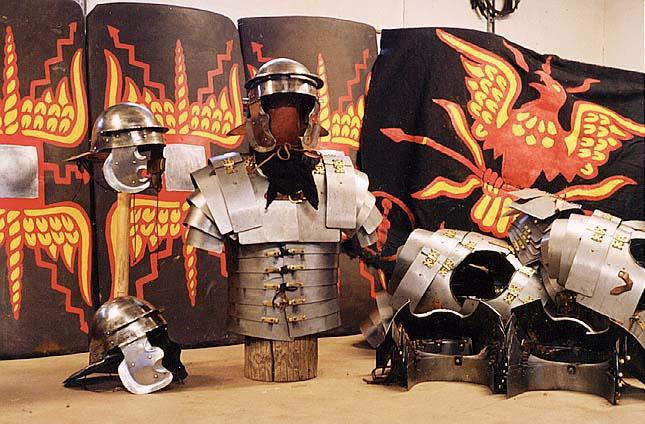 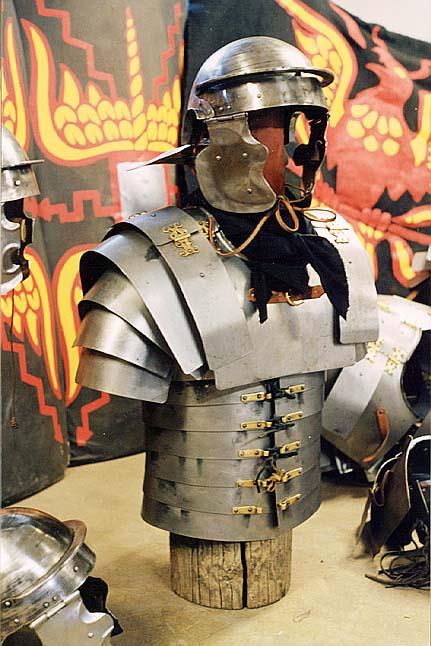 The special troops in the Roman armies were either mercenaries from the local districts (Celtic light cavalry, Saracene archers, German light troops) or highly paid professionals. Our special troops are light reconnaissance troops, called Veles. In addition to being the eyes and ears of the legion, they also play the roles as archers and skirmishers in battle. Their special equipment is:

Responsible for this page