Since the establishment in 1974, JURK has provided legal counselling free of charge for more than fifty thousand women. We use the experiences we have gained from this practice in political advocacy work. This has been, and still is, the cornerstone in the ideology that was central for establishing JURK. 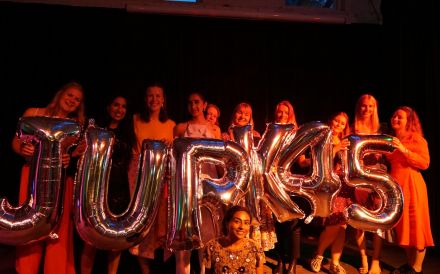 Our knowledge about women’s actual legal position has to be communicated to society in order to improve the situation, and thus the legal aid provided has a broader aim than merely to assist in the individual case.JURK’s experience from providing legal aid through many decades shows that neither gender-neutral legislation nor the Equality and Anti-Discrimination Act guarantees women’s liberation or gender equality between women and men. Female law students from the Faculty of Law at the University of Oslo established a women’s group in 1972. In 1974, female jurists and law students from the women’s group established the organization “Free legal aid for women”. The establishment followed from a research project showing that women to an extensive degree lacked knowledge about their legal rights. Further, the research revealed that women had difficulties in using knowledge about their legal rights to improve their own situation. In 1978, the name of the organization was changed to Legal counselling for women – JURK – to avoid similarity to the Office for Free Legal Aid.

At the time the organization was established, JURK’s vision was to defeat suppression of women and to improve women’s legal position. The aim of JURK’s work was to:

Through “Free legal aid for women”, law students were confronted with many of the precarious conditions women were experiencing, and for many jurists in training, meeting these women gave an insightful awareness in the gap that may exist between formal and material law, and the difference between being entitled to a legal right and actually gaining this right.

The experiences from counseling women provided the basis for developing women’s law. Further, this sparked a feminist analysis of the legal system. Women’s law (established as a specific academic discipline at the University of Oslo in 1974, as the first of its kind in Europe) and the rest of the critical law-movement revealed that law is connected to choosing between different values, and that the legal sources are not as objective as jurists like to present them. On the contrary, legal sources have an ability to legitimize the existing.

In the 70s, parts of the legislation were de-gendered and men lost many of their legal advantages. E.g., with the new act on allodium (‘odel’) from 1974, both girls and boys could inherit land, and a new act on names from 1979 changed the situation where a man had the privilege to choose the surname of his family. The Act concerning termination of pregnancy from 1975, providing women a right to self-determination in questions of abortion, was adopted. The Gender Equality Act was adopted in 1978, but was strongly criticized by former members of JURK who were of the opinion that the act provided gender equality on paper, but not in reality.

In the early 1970s, human rights from a women’s perspective was not a part of the newly established women’s law discipline. The United Nations Convention on the Elimination of all Forms of Discrimination Against Women (CEDAW) was adopted in 1979 and came in force in 1982. 162 countries have ratified the convention, but many of these have made reservations against central provisions limiting the scope of commitment for the state and thus the protection offered.

The legal framework today is gender neutral, formally. However, practice shows that women often are in a worse position compared to men in a conflict situation. Thus, gender-neutral legislation does not automatically provide gender equality in reality.

Responsible for this page